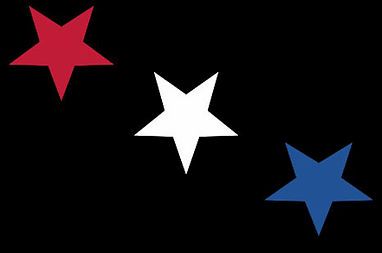 The HAND consists of the various tentacles of the wealthy echelon, including but not limited to their:  banking industry, insurance companies, religion (Christianity in particular), private corporations including non profits and the media.

The GLOVE represents the"United States Government", the over reaching, over encroaching, omniscient, omnipresent and omnipotent entity used by the wealthy echelon to keep all the money and power in their hands while, in exchange, Americans get inferior products made overseas rather than here in the USA.

The HAND, the wealthy echelon, and GLOVE, the United States Government, become melded into one where the HAND fits inside the GLOVE and manipulates the GLOVE using the GLOVE as its mask.

Revolution in the United States

Revolution in the United  States reveals the real conditions and situations the fragile country faces amidst its fooling itself into believing its own propaganda that the United States is the most superior country on the planet earth. From the Christian religion being foisted and forced upon the country to the capitalistic plutocracy of the ruling class and banking industry abusing its slaves, author Chomi Prag addresses the Revolution in the United States that is brewing.

How to Deal With and Defeat Gang Stalkers

The phenomenon known as gang stalking is being experienced by more and more people around the world.  Targeted individuals are feeling the heavy heat of the intrusive governmental practices of big brother constantly monitoring their lives with the help of community mobbing. Here, author Chomi Prag frankly discusses what gang stalking is all about.

Chomi Prag's debut fictional book describing the life of Cheryl Praetum, a young female attorney, and the case of her life taking on the corrupt federal court system who destroys her career in order to save the big banking industry who works hand in glove with the United States government.

Chomi's most recent interview regarding her Presidential Candidacy and the topic of gang stalking.

The Takeover of the United States

The economy is not strong contrary to the lies being spread by the current regime.

Attorney Chomi Prag is the presidential candidate who actually filed an official COMPLAINT against Ted Cruz being listed on the South Carolina ballot for President of the USA in 2016, since he is not a natural born citizen of the United States.

CHRISTIANITY; THE DELUSION OF the usa, THE "god" deLUSIONs.

"Holy Bible"; a filthy book of delusion - the star of the show Jesus Christ NEVER EXISTED.

" Because the Israelites are my servants, whom I brought out of Egypt, they must not be sold as slaves. Do not rule over them ruthlessly, but fear your God.   Your male and female slaves are to come from the nations around you; from them you may buy slaves."

"'Put your sword back in its place,' Jesus said to him, 'for all who draw the sword will die by the sword.   Do you think I cannot call on my Father, and he will at once put at my disposal more than twelve legions of angels?'".

Where was Jesus' father, god, whatever, when Jesus, who is worshipped as god called upon another god and asked why it forsook him when he was nailed to a tree?  Where were those angels then?  Matthew 26:53,

"Do you think I cannot call on my Father, and he will at once put at my disposal more than twelve legions of angels?"  Matthew 26:53.

"And that slave who knew his master's will and did not get ready or act in accord with his will, will receive many lashes."

"As  he approached Bethphage and Bethany at the hill called the Mount of  Olives, he sent two of his disciples, saying to them, 'Go to the village ahead of you, and as you enter it, you will find a colt tied there,  which no one has ever ridden. Untie it and bring it here. If anyone asks  you, ‘Why are you untying it?’ say, ‘The Lord needs it.'  Those who were sent ahead went and found it just as he had told them. As they were untying the colt, its owners asked them, 'Why are you untying the colt?'  They replied, 'The Lord needs it.'  They brought it to Jesus, threw their cloaks on the colt and put Jesus on it."

"But I say unto you, That ye resist not evil: but whosoever shall smite thee on thy right cheek, turn to him the other also."

-People attempt to explain away absurdities in the Bible claiming it is to be  read metaphorically when the Bible states its contents are to be taken literally; 2 Peter 1:20-21.

"Knowing this first, that no prophecy of the scripture is of any private interpretation. For the prophecy came not in old time by the will of man: but holy men of God spake as they were moved by the Holy Ghost."

-People claim Jesus Christ is the Prince of Peace when Jesus says he is not; Matthew 10: 34-36.

​​-Jesus Christ advised people to kill for him and failed to love his enemies;  Luke 19:27, in violation of his own teaching in Matthew 5:44 and Mark 10:19 as well as teaching others to violate the Old Testament Exodus  20:13.

"But those enemies of mine who did not want me to be king over them--bring them here and kill them in front of me.'"

-Jesus was sent only to people of Israel, not the general populace; Matthew 15:24.

"He [Yeshua Ben Yosef, also known as Jesus] answered, 'I was sent only to the lost sheep of Israel.'”

-Satan, is not the adversary of Gentiles; 1 Chronicles 21:1.

"Satan rose up against Israel and incited David to take a census of Israel."

Everything Prag for President is everything about Chomi's paternal Grandfather Charles Frederick Prag.

Paid for by Prag for President